The beaches of Italy: a summer fanatic's dream (Part 2)

Planning a summer escape? Then the first thing that should be on your mind is which beaches are available at your planned destination. While most places don’t have so many choices, this is absolutely not the case for Italy, a country offering numerous beaches that will provide a dream holiday to every summer fanatic. Dare to spend your holidays in Italy and pick between a variety of stunning coastlines such as pebble, sand, pristine wilderness, national parks, cliffs and many hidden gems.

This article continues where the previous one dropped off, presenting you with a list of several more hidden Italian gems. However, note that the country is blessed with hundreds of beautiful beaches, so this article is only the continuation of a series which we intend to revisit from time to time. Have fun basking and splashing at these amazing places!

The promontory of Gargano in Apulia 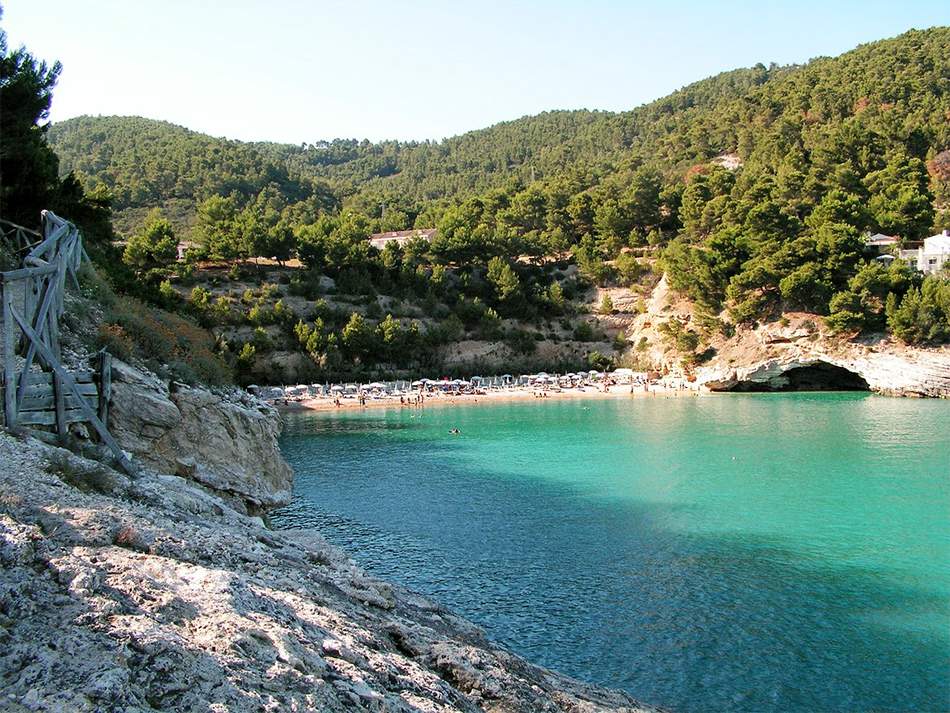 Located in southeast Italy in the region of Apulia, the Promontory of Gargano is the hidden “soul” of this region, where numerous little bays and beautiful caves bathe in the sparkling blue sea. The Gargano peninsula forms a large National park that is partly covered by the remains of an ancient forest, Foresta Umbra, the only remaining part in Italy populated with ancient oak and beech trees that once covered much of Europe. If you’re in search for harmony with nature, then Pugnochiuso Resort is the perfect summer destination on this natural terrace over the Mediterranean Sea.

During the evening hours when you’re relaxing in the fresh summer air under easily visible stars, you can spot deer herds emerging from the forest next to the residence and approaching the clearings for pasture.

Otranto and Porto Selvaggio in Apulia 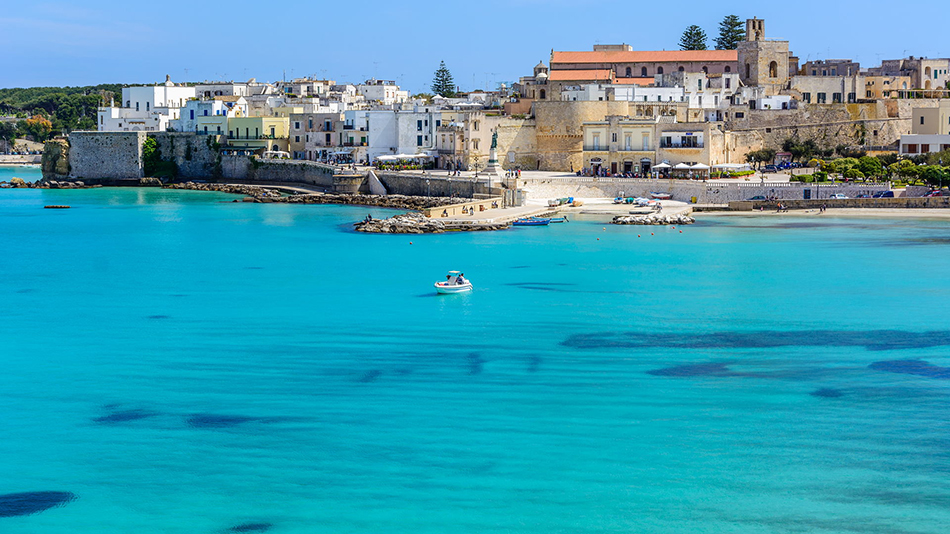 Puglia’s coastline stretches for longer than that of any other mainland Italian region, which is why it deserves at least a couple more beach destinations on our list.
Arriving to Brindisi Airport is very nice when coupled with a private transfer waiting to take you to the charming town of Otranto one hour’s drive away. It’s a small port on the Adriatic coast with lovely holiday atmosphere, a rich display of architecture — from medieval to Byzantine to Baroque – surrounded by turquoise water and a beach consisting of pure white sand. Otranto is about 45km away from town of Lecce, a baroque city called “Florence of the South” and a famous holiday destination that is worth an extended visit on its own. 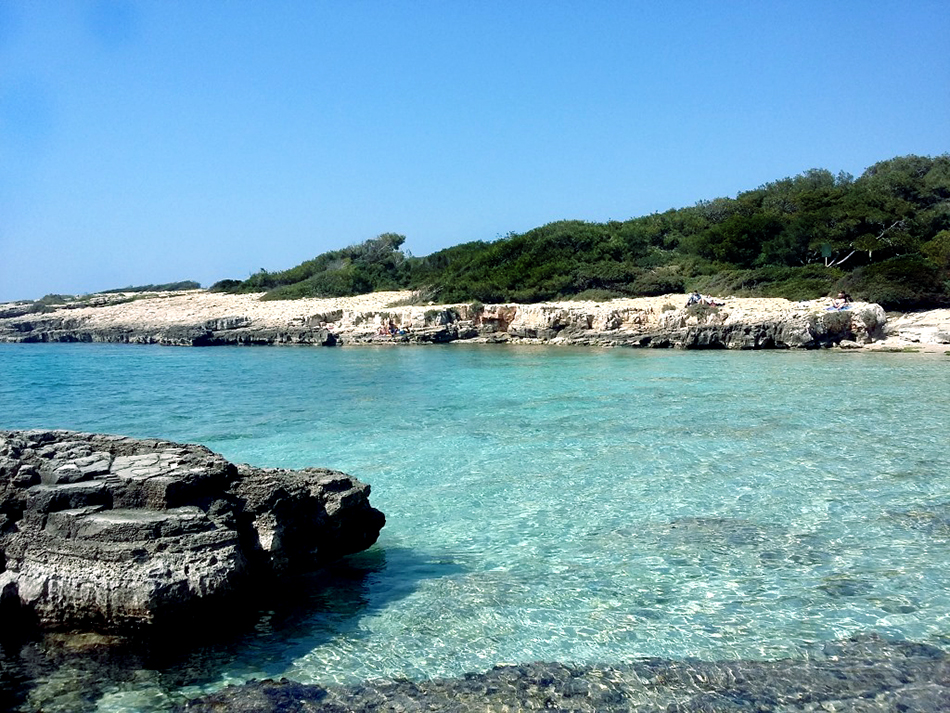 About the same distance from Brindisi Airport, on the west side of the Italy’s heel where Ionian Sea envelops Italy’s coast, you can have a dip at Porto Selvaggio, an attractive secluded beach that is rarely crowded even in high summer. This stunning natural reserve near Nardo is great to visit even during other seasons.

Sardinia and Sicily are two biggest islands in Italy and are very different one from the other; comparing them is simply impossible as they are like separate worlds. 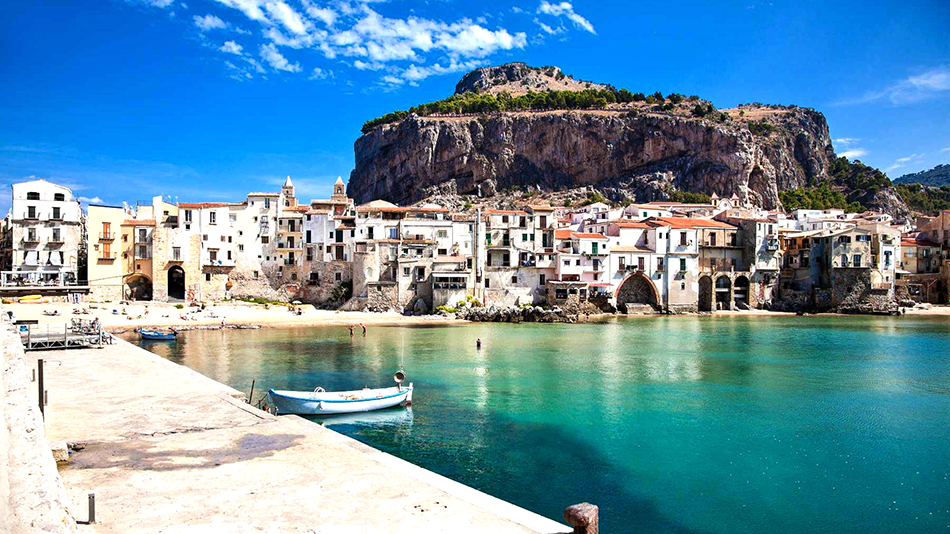 One summer destination in Sicily particularly caught our eye. Wedged between mountains and coastline, the idyllic town of Cefalù is small but popular for its sandy beaches, delicious food, movida (the local uniquely relaxed way of life) and several thousand years of history that has scattered architectural treasures from various epochs all over the island, giving it its unique identity. 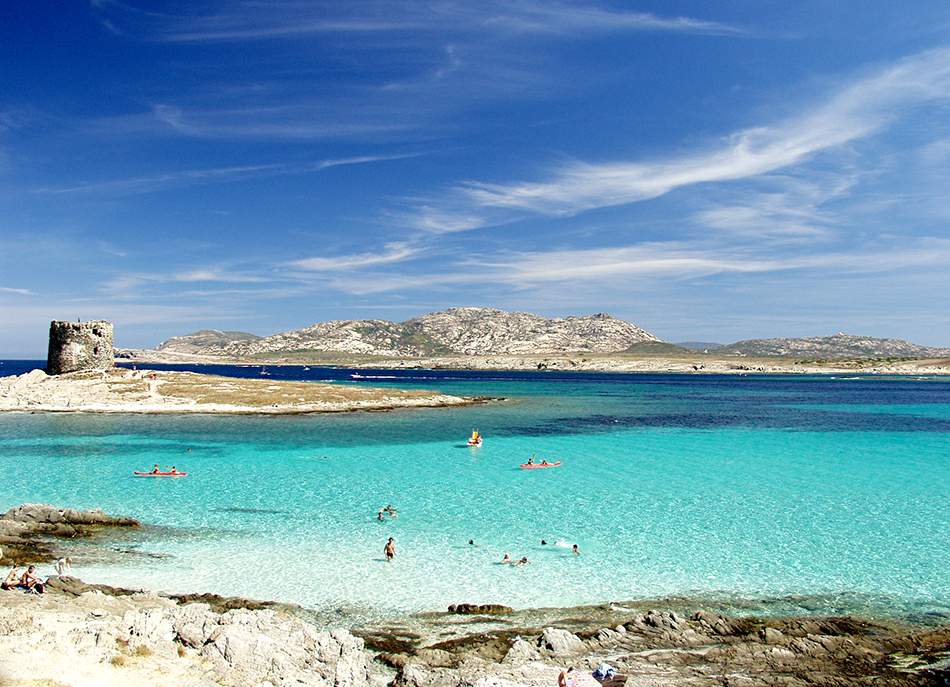 Sardinia, as you already know, has some of the most seductive beaches in Italy, and if you decide to go for a romantic summer holiday, be ready to take some #nofilterneeded summer photos.

Two kilometres from village of Stintino, a ravishing sweep of the La Pelosa beach is situated. It’s one of the most beautiful destinations in Sardinia where fine sand as tiny as flour and shallow sea that shifts from aquamarine to topaz both blend with the sky, creating a captivating and breathtaking landscape. Thanks to large natural barriers in front of the beach, the water is always calm and once there you will feel like in paradise.

What do you think about our beach selection? Let us know in the comments below and if you need any travel tips or would like to book a transfer to make your journey extra relaxing, feel free to contact us.

What You Need To Know | COVID- 19
Coronavirus - 5 Tips For Staying Healthy While Traveling
MAY We Take You There? (Infographic)
Holiday Cheer @ Connecto Transfers
Top 5 2018 Christmas Markets in Europe

The beaches of Italy: a summer fanatic's dream (Part 1)