With Return
One Way

We Bring Value to The Table

Sit Back, Relax and Enjoy a Private Ride to Your Holiday Destination.

Public transport provides easy access to the city center from Budapest Airport. The bus stop is located at the arrivals level between the two terminals. 2 lines are connecting the airport and the center of Budapest: 100E and 200E. There are also night buses which you can combine to get to the city center.

Get More From Connecto

We Open a World of Possibilities

Boarding points to the airport in the city center: Deák Ferenc tér M, Astoria M (only in the early mornings between 3:40 and 04:40), Kálvin tér M

Ferihegy vasútállomás (railway station): transfers available to the network of the MÁV-Start Hungarian State Railways to reach Nyugati pályaudvar in the city center or the cities of Szolnok, Debrecen, Nyíregyháza and Szeged in the eastern part of Hungary.

Népliget M (metro station): transfers to tram line 1 as well as to domestic long-distance and international bus lines, where you can take the Metro line 3 to reach the city center. The bus leaves every 10 minutes, from 04:00 to 23:00 (4 AM to 11 PM), from Terminal 2 and the entire journey (including the metro) to downtown station Deak Ferenc Square lasts about 50 minutes.

Tickets for public transportation can be purchased at the airport from BKK service points, at the post office, the newspaper stands, and from the ticket machines at the price of 350 HUF (1.20 euro). You can also buy the ticket from the driver, directly on the bus, but then the price will be 450 HUF (1.50 euro). Make sure you have Hungarian forints (HUF) on you, since euros and other currencies are not accepted.

See How We're Improving
The Way You Travel

Connecting The World For Over a Decade

As Simply As Possible

A Service Designed With Simplicity in Mind

1
Book Your Transfer
Using our intuitive online booking system you can book your transfer from the comfort of your home, hassle free! 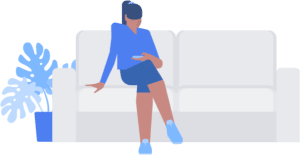 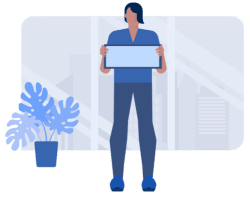 2
Hop in & Relax
On the day of your transfer, your driver will be waiting for you at the pick-up spot you specified.

3
Enjoy Your Holiday
Your driver drops you off at the exact spot you want and brings you right at the start of your holiday. 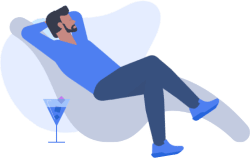 Private transportation as
your number one choice

Time is money and, in this case, - booking in advance without worrying about what the transfer price will be and whether you will have to combine other means of transportation to get to your destination - it is worth it.